A hardness test in the low-load range is one in which the test load lies between 0.2 kgf and 5 kgf (test load ≥ 0.2 kgf and < 5 kgf). The most common low-load testing method is Vickers. Low-load hardness testing is used predominantly for testing small parts, thick coatings and materials with a low hardness. < 5 kgf). 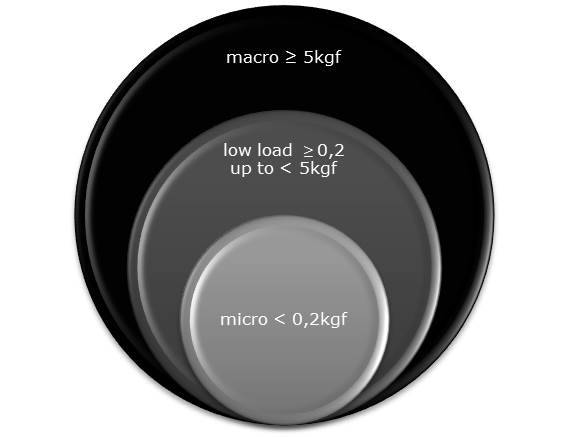