In general, a closed-loop control system is used for bringing a specified physical quantity (control variable, r) to a desired value (set value, s) and maintaining it at this level by measuring and adjusting the actual value (i). The closed-loop continuously performs the tasks of measurement, comparison and adjustment.

In hardness testing, a closed-loop control system for force application could therefore look like this (see illustration):

The principle of electronically controlled and permanently monitored load application by means of a closed-loop control system provides decisive benefits for hardness testers. The force is applied precisely and monitored continuously, which ensures both the prevention of an overshoot when the indenter is mounted as well as a high level of insensitivity to vibration. The test cycle is controlled electronically, thereby guaranteeing a high degree of repeatability independent of the operator.

Furthermore, adherence to the strictly regulated times for pre-load and main load stipulated in the ISO and ASTM standards series is guaranteed, which is not the case with manual test initiation. 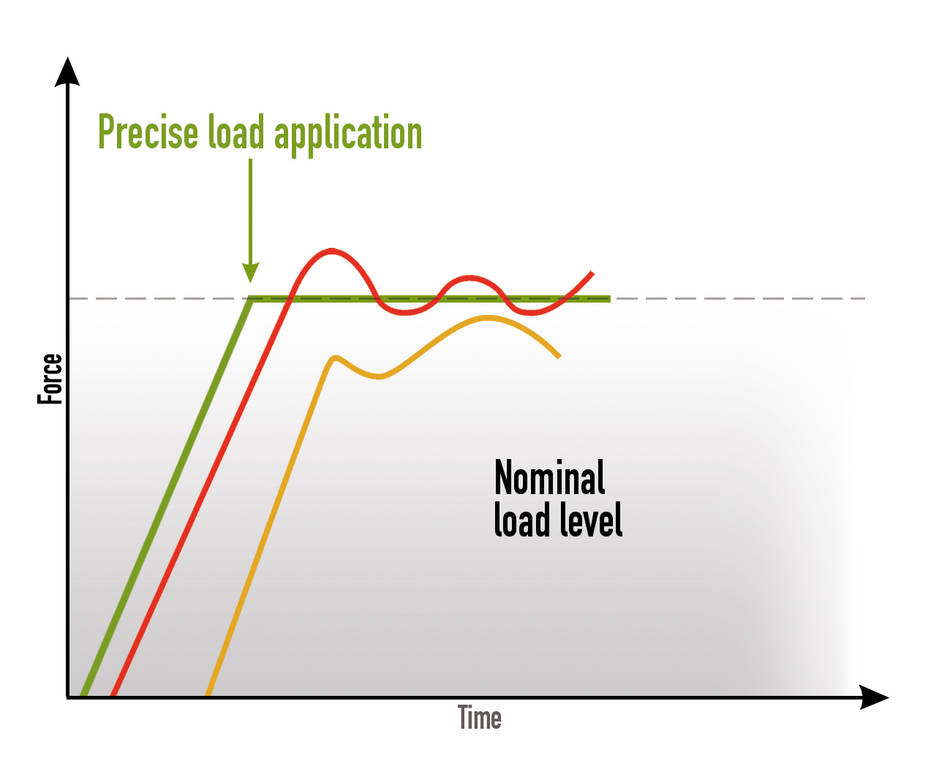